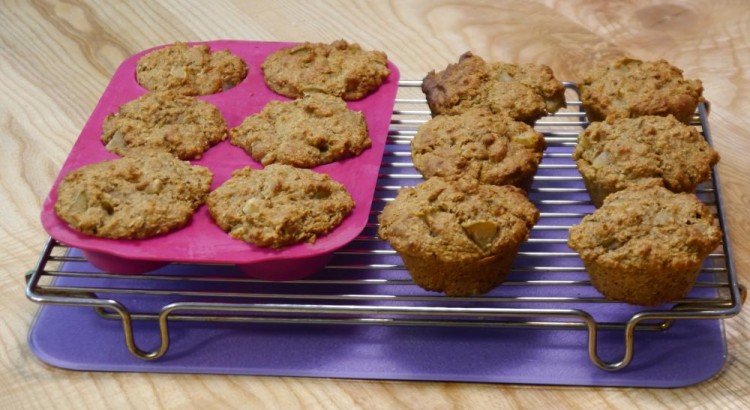 As a rule, I have tended not to bake since my husband’s diagnosis, which is not of great concern to me (or anyone else for that matter) as I have never been much of a baker. About the only good thing that could be said of my many contributions to PTA events during our daughters’ time at primary school, was that at least they looked homemade! I remember well one particularly ignominious occasion when our youngest wanted to set up a ‘Bake for Children In Need’ stall, in the playground after school, with her best friend. Said best friend’s mother is an amazing, creative and practiced baker whose beautiful contributions sold like the proverbial hot cakes, while my offerings were shown many a cold shoulder. Even the four year olds weren’t keen.

Anyway, the reason for this post, is that there is a place for home baked goodies in a diabetic’s life. In my husband’s case, they were actually an essential part of his early regime during the first six months or so following his diagnosis. Most of the elements for a healthier him were in place: exercising twice daily, porridge for breakfast, soup for lunch and something healthy and home cooked for supper. I should add that, at the time, he was working and living in London and away from the family home for three or four nights of the week. His job was incredibly demanding and didn’t leave much time for cooking, but with a little slow cooker for one and frozen portions of many of my meals, he was managing to eat well most of the time.

The dip in energy levels which typically beset him around four or five in the afternoon were a potential pitfall that needed to be plugged if he were to remain on track. So, I started baking low sugar, low GI, low fat and high fibre snacks that were easy to freeze in individual portion sizes that he could take with him up to London each Monday and keep in the office fridge, ready for the late afternoon snack attack. They are not pretty but they work, they’re easy and they taste surprisingly good. So much so that he always had to take triple rations as they proved irresistible to several of his colleagues! The kids loved them as a morning snack, or even breakfast, too…..though I wouldn’t recommend them in a contest with my daughter’s friend’s mum’s Pudsey face cupcakes. 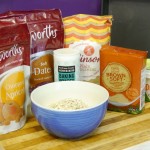 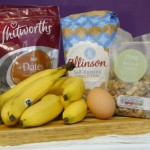 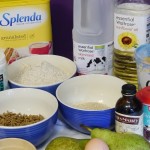 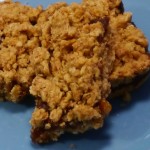